Crossfires is a group exhibition based around the connections between artists – both inter-generational in the teacher/student relationship and from the perspective of dialogue between colleagues. The links between artists may be expressed in an action/reaction scenario, where there is a conflict reflected in a divergence of practice.  What is important to me is the dialogue between colleagues – a dialogue through which communication leads to growth both for the individual and within the wider context of the community of practising artists.

Part of my rationale for this exhibition is to continue the sequence of exhibitions facilitated by Rose Ann McGreevy and myself in the years before her death in 2014, but this is only part of the story. The other motivation is to explore the passing on, communication of thinking and techniques which happens in all the art forms – in music the teacher/student relationship is particularly strong and generational lines of composition and performance can be traced back over literally centuries of practice.  Perhaps less clearly defined in the visual arts, it is nonetheless an important element in the ideology of art-making.

It is not that we take the concepts or the practices of other artists, but rather that their practice may inspire our own on a personal level.  Dialogue is the essential element in the transference of passion.  Critique inspires dialogue.­­

I have invited artists to participate who knew Rose, have worked and shown with her, or who count her amongst those who have influenced their own thinking and art practice.


Both Adrian Hall and Rose Ann McGreevy were my art teachers when I complete my degree at Sydney College of the Arts in 1981, some 37 years ago.

I have known Barbara Halnan since the 1960s, silk screen printing posters with her in a basement in Campbell Street Chinatown.

The perspex box is a light-hearted comment on quantum mechanics. I was reading about quantum mechanics and planets and what keeps them in their orbit. One of the current explanations is string theory and as I am a practical person I thought a box of spare strings could be useful.

Brass plumb bobs, various sizes and ages, some 19th century
Plumb bobs were originally just lead (Pb) on the end of rope. They provide certainty, structure, are weighted and grounding, cool and tactile to the touch. Plumb bobs structure chaos. 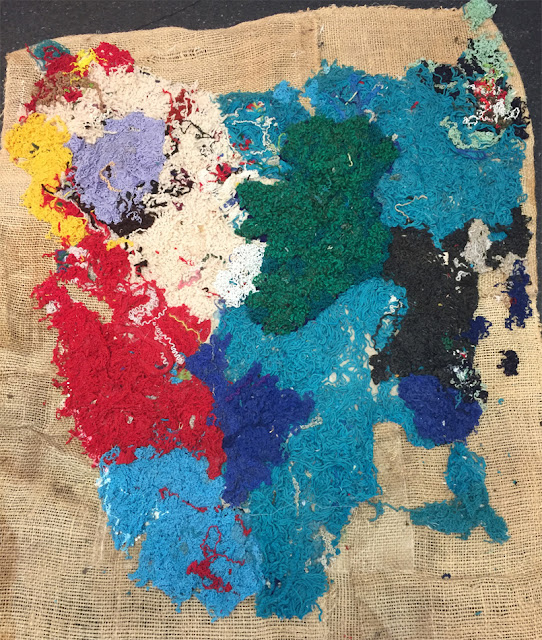 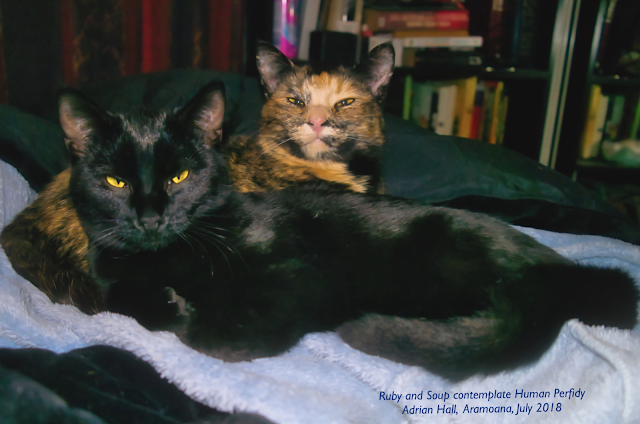 These small works using thread sewn onto stretched canvas in simple overlaid patterns, then painted with multiple layers of white acrylic, are made with the intention of drawing the viewer into the work.  From a distance the works appear blank.  It is only in approaching them that the patterning created by the thread appears.

Walk with RoseWhat drew my attention looking at Rose's work is a problem that I've been interested in for years: the subject becomes an object.An example of Rose's work is a sculpture made of raw plywood, monumental but suggesting that the sculpture is walking on the stairs.At the "articulate-turns-four", annual exhibition, my work is a walking sculpture of Rose.

Four wooden sculptures of angles, where the interior shaped L is emphasizing by the 'rose’ color.

My 4 sculptures do not require a specific place, but they could be set in the four opposite corners of the whole space or walk on the steps in dialogue with Rose's large sculpture.

I also remember when I came to Articulate with Rose, she forgot something from her studio. We walked along the lower space where there was a temporary exhibition 'black & white'.
Rose suddenly pointed to a small sculpture and she said she liked it the most. For what I have suggested - it can be yours as you like. Rose was surprised when I told her that it was my work and she thanked me for the gift.

I was very pleased when Barbara said that my sculpture is still in the Rose collection.

Rose:–must be said that the word conceptual in relation to art has now a multiplicity of meanings which is confusing and perhaps like 'postmodernism' no longer has any meaning– still pondering…
***

LITTLE-HANNE-DARBOVEN spells its title out across the length of Articulate one letter per day for the three weeks that Crossfires occupies the space.  It is intended to recognise the actual time and space we occupy, contextualised by Darboven's larger scale interest in time.

The plan for LITTLE-HANNE-DARBOVEN came into my head while reading about Darboven’s 1971 work, Books: A Century, a ceremonial recognition of time as part of the objective reality in which we live. This plan is to:

I had seen Darboven’s work from the distance of images, and long planned to see it more closely. After I had the plan for LITTLE-HANNE-DARBOVEN, I read more about her work, discovering that even those knowing her work first-hand still find her practice enigmatic. Enigma is also something Rose liked in her work—and, when discussing it with her, I understood that she saw it partly as a way of asking people to engage directly with her visual/spatial language and how it interacts with the location it occupies jointly with them. The plan also enabled me to suggest Joseph Beuys' 1972 Ausfegen (Sweeping Up) as a reminder of Rose's own connection with Beuys in Belfast, as well as point to the actual time of the present in which Rose is absent, while her works remain.

RmG 3 is new work that developed out of deconstructing RmG 2, which was created in memory of Rose McGreevy for the exhibition William Seeto: The Space in Between in 2015/2016 at Articulate Project Space.

RmG 2 was made from corrugated cardboard and acrylic paint to examine the space ‘in between’ sculpture and painting/ site and artwork. It expanded the use of corrugated cardboard as media by revisiting works made twenty-three years earlier as a result of a residency in Berlin that looked at the European sensibility for using everyday materials in ‘ephemeral’ artworks, a term located in duration and descriptive of material.
RmG 3 is based upon everyday materials not only as readily available media but also for their inherent expressive qualities. It seeks to extend dialogue between sculpture and painting by blurring the lines in order to expand contextual meaning that takes it to the next stage, and in doing so continue connections generated by reworking artworks and ideas sparked through deconstruction and reconstruction that is inspired by Arte Povera.
“Arte Povera is most notable for its use of simple, artisanal materials, it did not use these to the exclusion of all else. Some of the group's most memorable work comes from the contrast of unprocessed materials with references to the most recent consumer culture. Believing that modernity threatened to erase our sense of memory along with all signs of the past, the Arte Povera group sought to contrast the new and the old in order to complicate our sense of the effects of passing time.” Tracee Ng.
In a way the RmG 3 is influenced by Rose McGreevy who set the scene by not looking at spatiality in a literal sense, as a diagram or visual metaphor that explored and confronted rupture and straddled culture, but as a personal codex that offered formalised dialogue, where ‘site’ and ‘art’ was queried as to whether one or the other was more important and did it interact, inform or interfere with the work. The dialogue created for Crossfires continue connections with Rose and other artists. 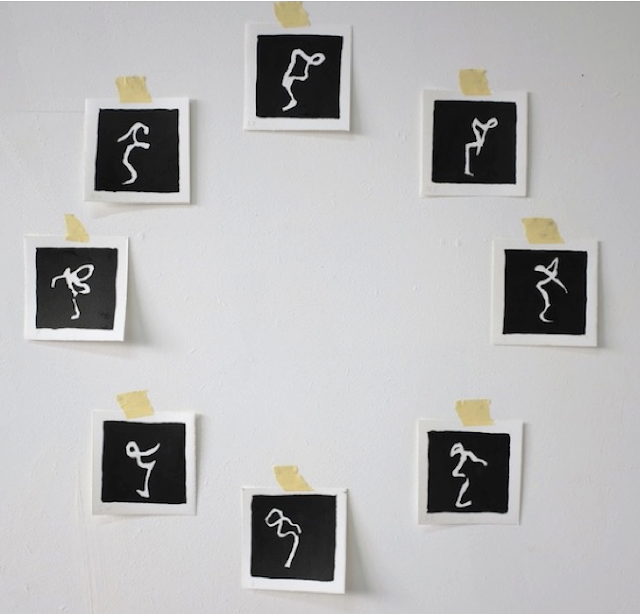 These are drawings of a small sculpture made out of pipe cleaners. I moved around this sculpture making observations from different angles much like a drone for example (I have bought a drone and have been flying it around the studio.)

I have been thinking about the different interpretations that we have of the same thing if we only change our perspective of it.

There is a book by Raymond Queneau called Exercises in Style that could explain better.

Anyhow I think this piece is about my process towards something else. Looking at something constantly in a new light... I think Rose would have liked this and do think of her sometimes when stuck and think of what she would say.

Margaret Roberts is an installation artist since the 1980s, working with art's potential to contribute to the much-needed revaluation of place. She is also a co-director of Articulate project space and lecturer at the National Art School.  www.margaretroberts.org

Posted by Articulate project space at 19:21