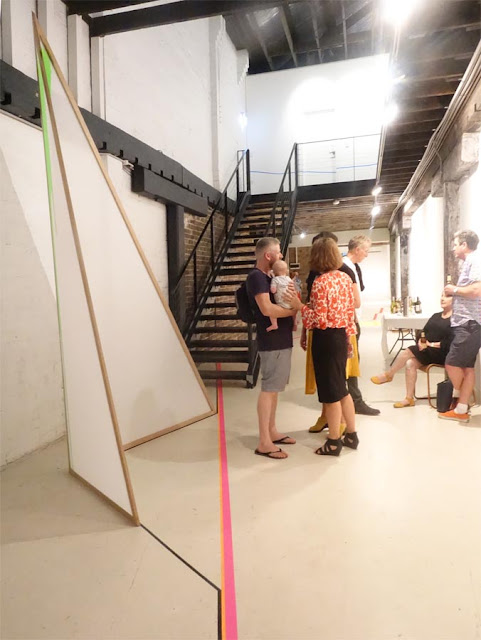 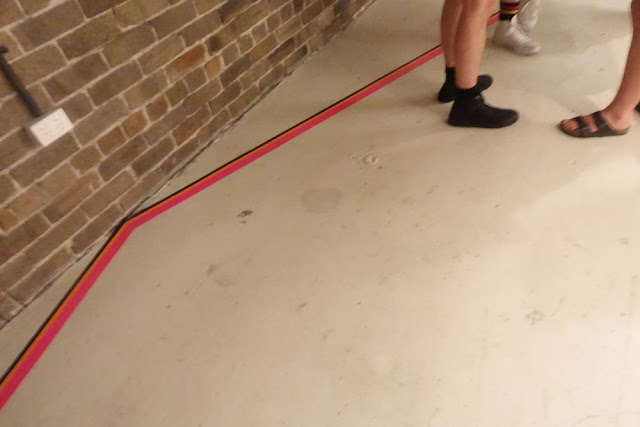 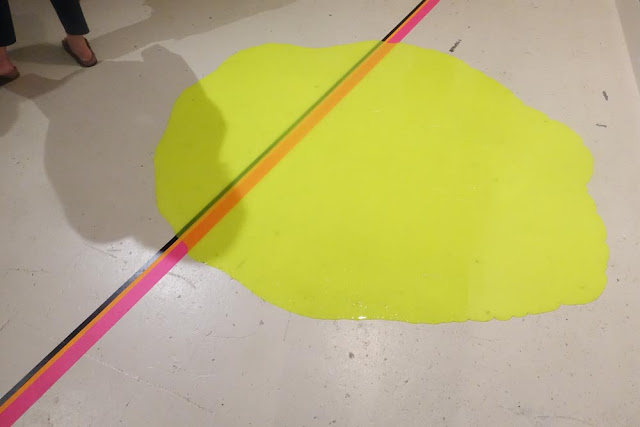 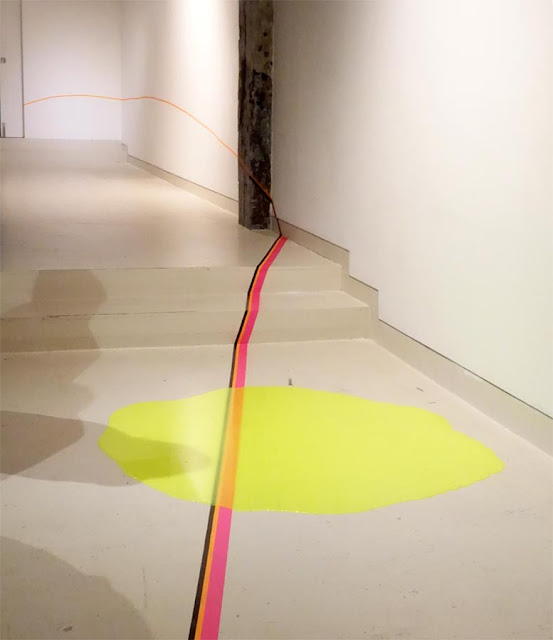 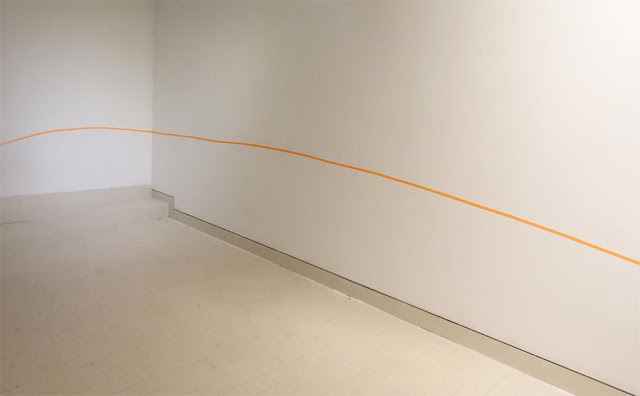 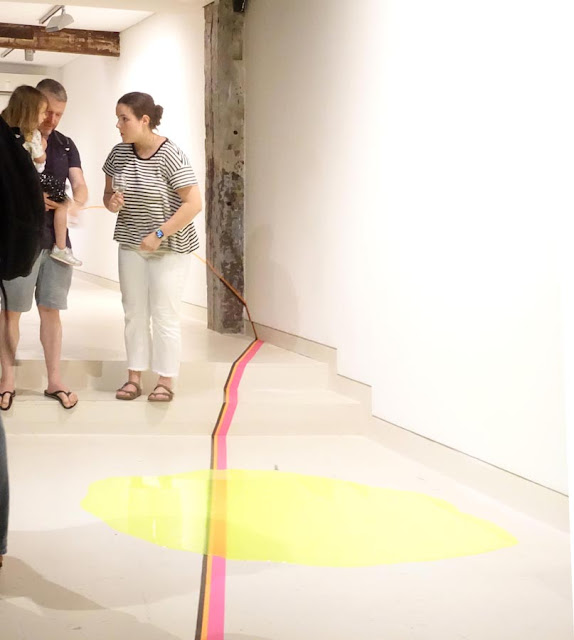 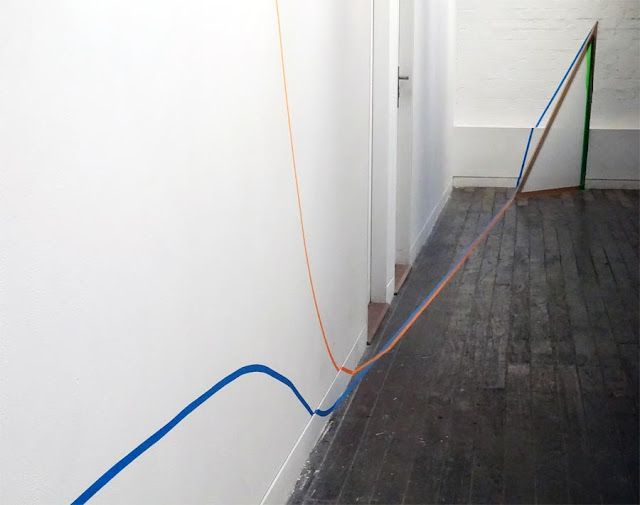 Posted by Articulate project space at 09:15

Stickiness describes a material in transition. It is neither solid nor fluid, but exists at the viscous midpoint. It is fluidity in slow motion. It flows, but not so fast that it washes itself away. It oozes slowly, it resists ‘total material annihilation’. Despite its sluggishness, this material is impossible to pin down for long. It cannot be held to a particular material state, or to a particular place. It is perpetually moving towards, or away from something, or somewhere. It distends in a widening pool, or creeps towards the floor. It yields, in that it moves to accommodate the things it encounters. But these same things cannot emerge unscathed. They become stained, or oily—they get dissolved, or broken down. While stickiness can change the things it touches, it too is affected by these encounters, as it separates from itself and leeches into other objects. It can leave itself behind, in fact, it insists on leaving itself behind, but it does not transfer itself. Its particular tackiness is only ever present in the material itself, not in its absence. Its trace becomes an oily slick that is difficult to remove. It can be masked, but never fully erased, and always threatens to leech through. Its tackiness gathers up the things it touches, and creates randomised archives, which are accumulated and lost. Stickiness draws things together before breaking them apart again, but always carries with it the traces of where it has been before. Stickiness may be human or non-human, organic or synthetic; it is a property, a material, and a process simultaneously. 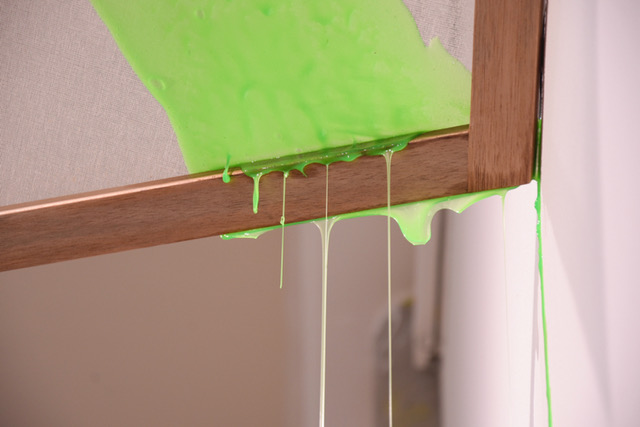 This exhibition features a sticky goo created in studio especially for this project. It engages in a material exploration of stickiness and asks, what is the political significance of goo? In a world that values, monetizes, and is characterised by both speed and fluidity, what would it mean to move slowly, or to coagulate? What would it mean to clump, to stick together, to stick around? To stay behind, to stain? To be difficult to remove? Stickiness speaks to the things that are impossible to move beyond, to let go of; those things that cannot be forgotten. It speaks to a politics, a method, a strategy that lingers—a politics that, like an oily residue on a gallery wall, can never be entirely erased.

Posted by Articulate project space at 22:08

Artists' talks and finissage 3-5 pm Sunday 20 October, in conjunction with Beata Geyer who is showing work in ArticulateUpstairs
(NB this is changed from earlier advertised talk on Saturday) 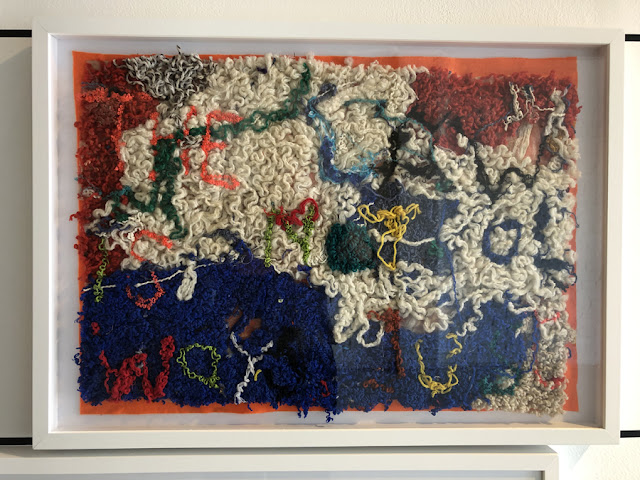 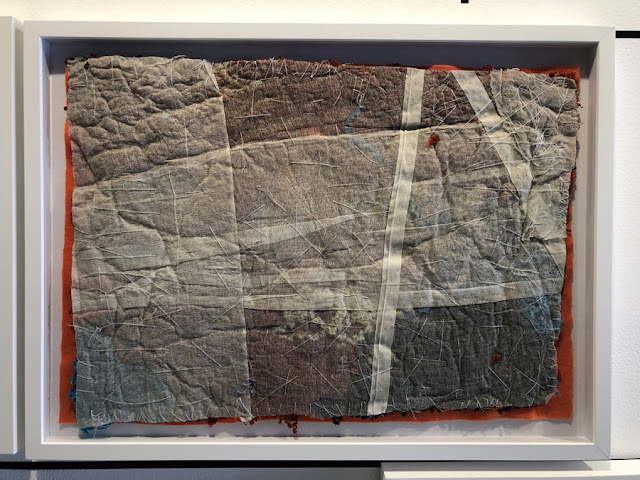 Posted by Articulate project space at 05:06

WORKING IN THE TROUBLE, is a series of work based in Day's work over 25 years working in marginal spaces. In 2011 she began developing work along the Parramatta River where there are the remains of colonial prisons and institutions, that continue into the 20th century (and 21st) to be a focus for mental health services. Much of her work has considered the image of 'the prison on the landscape' as a way to focus the damage on the Australian landscape wrought by colonisation.

This exhibition also includes some of the work done since 2012 for sites in Tasmania including some documentation The Longford Project* and Abstraction, Abjection and Activism shown in 2018 at the Moonah Arts Centre.  Invisible Words/Invisible Worlds incorporates imagery developed during a residency at the University of Newcastle's Centre for Solar Voltaics incorporating images of carbon nano tubes under an electron microscope making a poetic association with the invisible worlds of the incarcerated since the beginning of Australia's white history.

Myco Logic develops an image of the networked mycelial root systems of fungi as she worked with mental health groups to produce handcrafted fungi.

Working in the Trouble is a new Doctoral Project through Deakin University developing a theoretical structure for projects developed over the last five years.

With thanks to curator Claire Taylor from greyspace who collaborated with the production and realisation of these projects.

*The Longford Project and most recently The Crime Scene Tent is an ongoing research group with Anna Gibbs, Noelene Lucas and Julie Gough. The Crime Scene Tent had films made by each artist that was produced as a result of investigation into colonial crimes that occurred around the town of Longford in Tasmania.