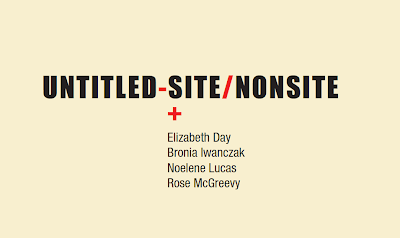 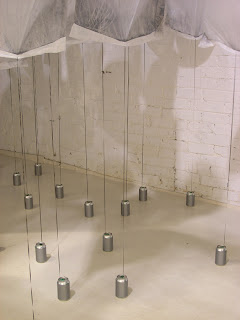 This drawing is a diktat. Specifically prescriptive: plastic bags, magnets, helium, Fe3 O4 , tape and beer. Diverting from this idea, I have attempted to be inclusive. Audience as entropy... drawing as indifference. If "...Participation is only another word for consumption" * 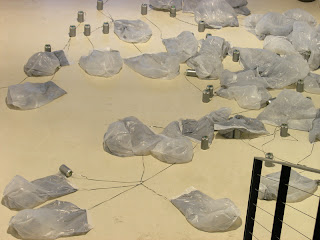 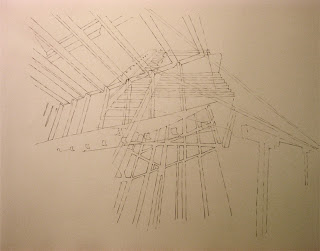 
‘Constructed View’ considers the architectural space as site and the role of the body in spatial perception. It questions how we map and interpret a space of existence and how to create a space of potential. The drawings aim to locate and understand the space at Articulate. Based in Melbourne I have relied on the vehicle of technology through the avenues of digital media to build a comprehensive spatial knowledge of the space I have not personally experienced. Displacement and disorientation from a physical and psychological viewpoint manifest as an opening up of space, a dissolving of walls, a composition without boundaries. By disrupting our impulse to comprehend the space around us, a fractured reality results. 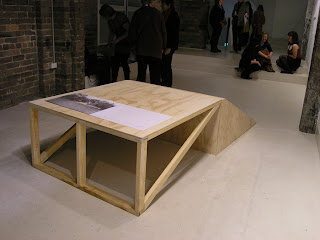 Therese Keogh for when the bank of the dam becomes an island (from Bell's Swamp Project) 2012
(structural pine, ply, paper)

Bell’s Swamp is a periodic water body, resting northwest of Maldon in the Victorian goldfields. The shallow basin of the swamp is situated at the intersection of both roads and fenced off areas of farmland. For the majority of the time the swamp is dry. Lying dormant, it is home to a large collection of native trees, a few dams, sheep and some introduced weeds. However, once every fifty years or so heavy rain falls over the area. When the surrounding paddocks become completely waterlogged the swamp is filled with runoff. As the water level rises, the three roads that cross at its centre become submerged, the trees get wet feet and the dams that were dug into the soil during the drought are faced with an inversion of the relationship between earth and water; the banks of the dams become islands. see more 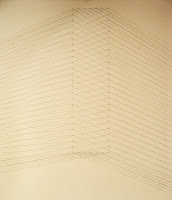 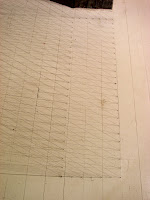 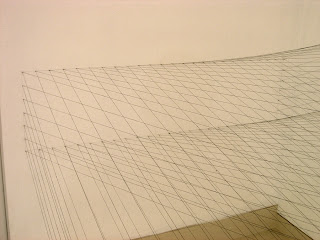 Initially, the line installations came from my experiences with sounds and silence. Using line to translate the sound of a place into a physical form, along with the repetitive nature of its construction, reveals the interconnection between the audio environment and myself. Over time, my installations have become more directly influenced by the features of the place in which the drawing exists. Overall, my work is generated by an experimentation with line and my own relationship with my surroundings.


Posted by Articulate project space at 08:27

PLACED is an exhibition of installation drawing by Andrea Baxter, Therese Keogh, Hong An James Nguyen and Mellissa Thompson, and curated by Maryanne Coutts as part of the Drawing Season at the National Art School.

PLACED is an exhibition of drawing that is placed; that exists in physical space, resides in exploratory thinking and, with artists from Melbourne and Sydney, brings about dialogue between related practices across different locations. It places the work of recently graduated artists into a discourse about directions of contemporary drawing.

Considering the nature of drawing to be an activity, a sensibility and a language that tends to have a special and exploratory relationship with space, the exhibition presents work that subtly and carefully teases out possibilities that the practice of drawing can enable. 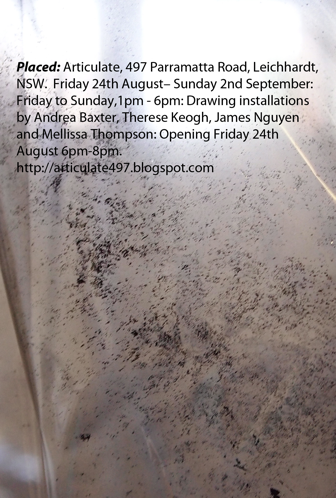 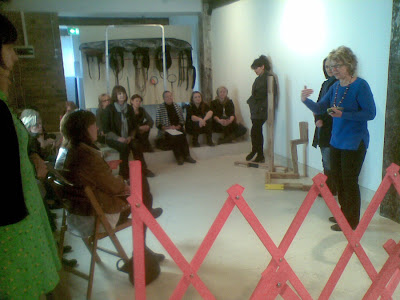 Posted by Articulate project space at 15:48

WHAT WE WERE TALKING ABOUT LAST TIME WE SPOKE - the work 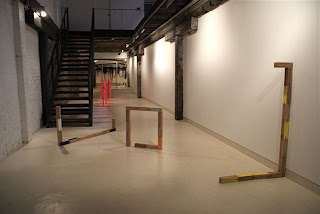 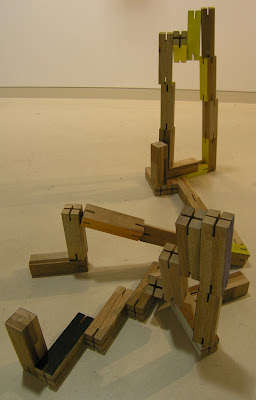 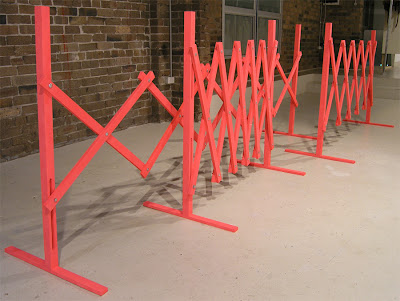 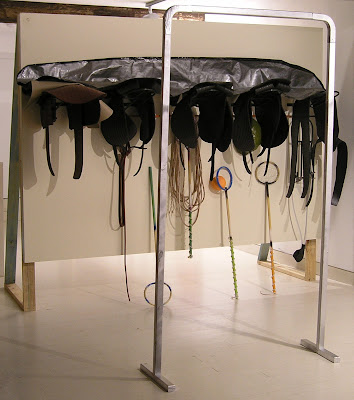 Posted by Articulate project space at 21:36

WHAT WE WERE TALKING ABOUT LAST TIME WE SPOKE- opening 6 pm, Thursday 9 August 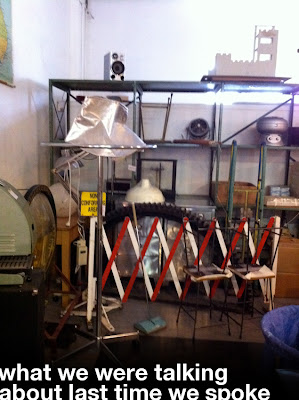 Bonita Bub    Georgia Kaw    Katie Louise Williams
With new works created for this exhibition, What We Were Talking About Last Time We Spoke sets up an incomplete conversation between two contrasting responses to object and space—one which the viewer comes into mid-way. The three artists share aesthetic sympathies, influences from recent projects/study in Europe and sources from architecture, urban environments and industrial aesthetics.


Posted by Articulate project space at 16:40

IS THAT WHAT YOU WEAR AT THE WEEKEND? performance Fri 3 Aug 7-9pm

Articulate project space invites you to

Is that what you wear at the weekend? 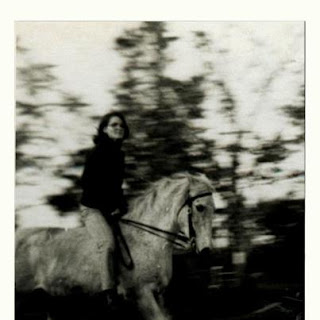 Also interact with the installation,
Smith and the Sacred Graffiti Machine by Lucinda Clutterbuck
This installation is open daily Aug 1 - 5, 10am - 5pm

Posted by Articulate project space at 14:01

smith and the sacred graffiti machine
Monday 30 July 7.00pm - 9.00pm
Smith’s interactive installation will offer you the opportunity
to remember what it was you always wanted to say.
At:Articulate project space
497 Parramatta Road Leichhardt NSW 2040
smithisamadog@gmail.com
(The exhibition will remain open from 30 July to 5 August 10.am - 5.pm) 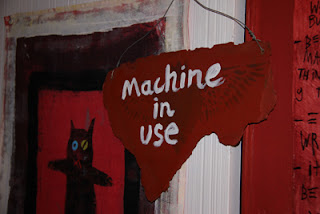 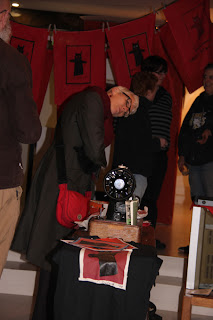 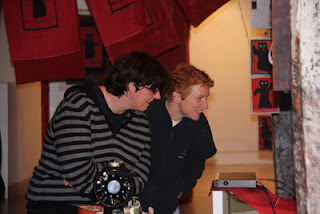 Posted by Articulate project space at 19:24