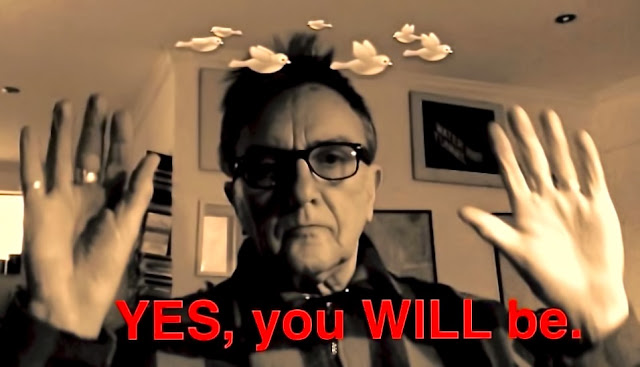 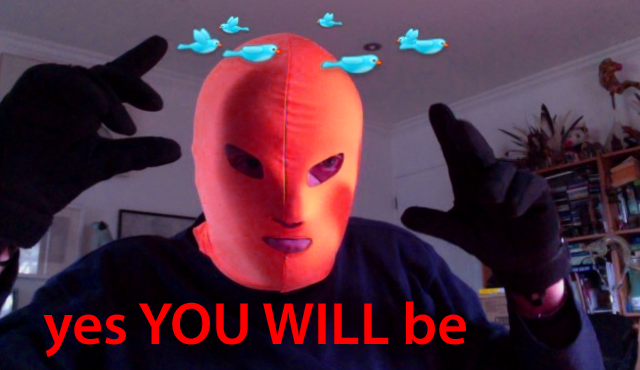 
There will be no normal Friday opening event.

Instead, Adrian shall be running various seminars, events, and live presentations, which shall be posted here and streamed on  http://www.adrianhall.space/ . . . .

because you may have already missed:


"Banzai, Parts One and Two:
DAY ONE - I thought about it - holding a pumpkin.
DAY TWO - I destroyed the world."

Adrian also, amongst other tales and noises, told the story of T. E. Lawrence and Winston Churchill, sitting in a grand hotel in Cairo; drinking Cognac and smoking fine cigars, as they divided up North Africa, to create Palestine. 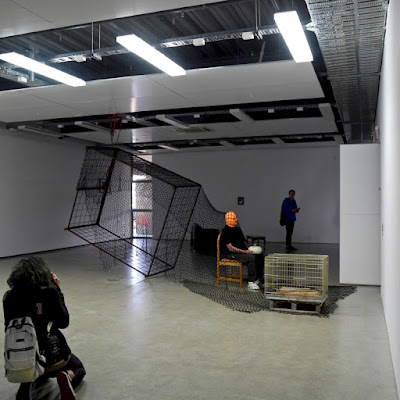 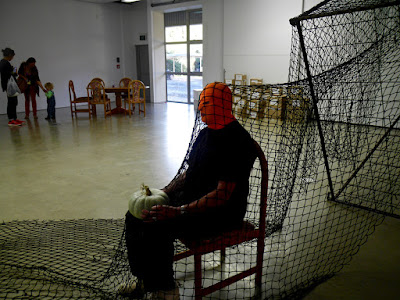 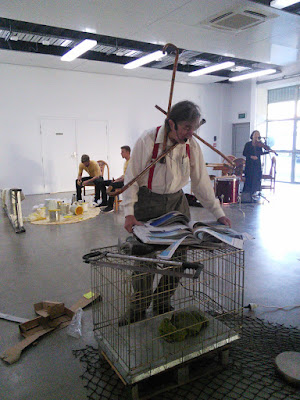 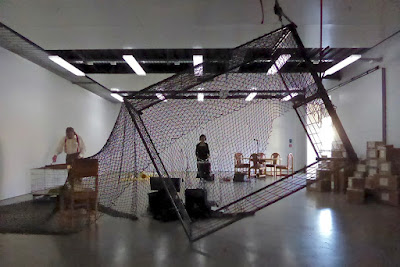 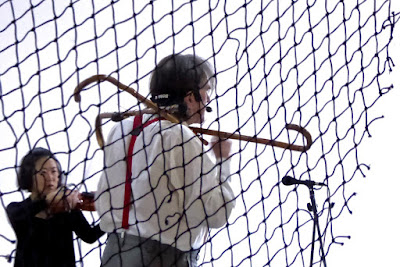 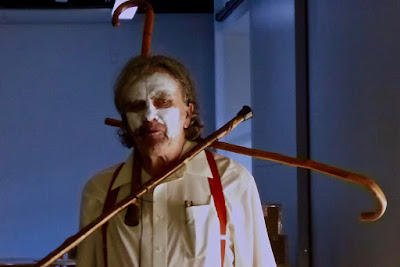 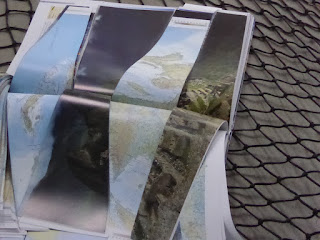 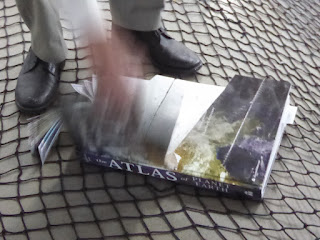 Yes, you WILL be is the first solo Sydney exhibition for over a decade, of the work of experimental sculptor, Adrian Hall, who describes his work as a concern with different kinds of space, including that between people and places - and times.  He has devised a program of live installation and performances in collaboration with Sydney-based artists, discussions with whom are likely to draw out practices and concerns of the Sydney art scene in the 1970s and 80s and 90s, among other things. This was the art scene that Adrian was a key part of.

This art scene was connected to the promise and energy supported by the forward-thinking arts-initiatives of those times. These initiatives included the establishment of Sydney College of the Arts (SCA) where Adrian Hall was the Head of Sculpture from 1979 to 1984, and the post-graduate programme of the School of Media Art at CoFA where Adrian was head in the early 1990s. There, he played a key role in the artistic development of many Australian artists of later generations. The experimental ethos of his programs lived on long after he had moved on, both through the continuation of the programs themselves and through the return of many of the artists his programs had produced to teach at Sydney and other art schools.

It also lives on in Articulate project space itself. Articulate was founded in 2010 by artists whose interest in experimental spatial practices had been developed through participation in the early SCA program in particular. Articulate project space was founded to support such practices as they have developed since then, and is extremely proud to have succeeded in persuading Adrian back to Sydney after all this time.

And so it is an ironic twist that this long-awaited return coincides with the announcement by the University of Sydney of its plans to dissolve Sydney College of the Arts, showing it is unable to recognise its unique contribution to the cultural life of Sydney and Australia. Articulate hopes that Yes, you WILL be can make a small contribution to growing demands on governments and institutions to take more seriously their responsibility to take a leadership role in support for the arts.

a few years ago in Dunedin . . .
http://www.adrianhall.space
Posted by Articulate project space at 18:09