Adrian Hall - yes YOU WILL be - rolling program

John Gillies will re-present his 1991 Perspecta work,
at 6.30pm Saturday. 27th. August 2016.
Techno/Dumb/Show
a work made in collaboration with the Sydney Front.
and conversations SHALL happen.
Recordings shall be made, as with all dialogue and visitations. 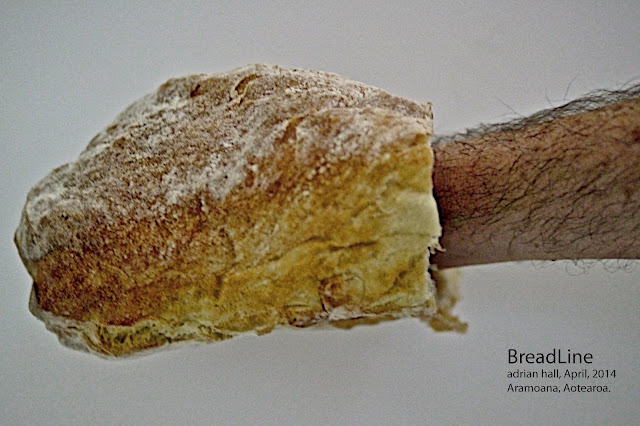 I do expect Cailin Richardson Hall,
to contact from New Zealand with conversation on the decisions facing
school leavers in the Marlborough area. Saturday or Sunday.
Sometime Sunday, 28th August, 2016, Margot Nash has said she will visit -
conversation and dialogue guaranteed . . . at least.

Frolics shall ensue to celebrate 200 years since 1816 . . .
there shall be swinging sounds of that time,
then 100 years of Dada,
where-bye Terry gets his rocks off his property,
and we contemplate the shortness of two thick planks.

We could well be talking with Chris Fortescue
in Vienna later on that day with images of Haus Wittgenstein.
And more visible notions relating Chris says, to 1981.

I shall sporadically show recordings of old stuff, from Friday on,
and records of other Occurrences in N.Z. and Belfast,
as suits my whimsy. This morning I read from Francis Bacon,
an essay on "Riches" dedicated to Uncle Scrooge McDuck.
Previously on Tuesday I read "Learning" dedicated to those rascals in Callan Park - with my congratulations.
These audio texts shall be on <adrianhall.space> shortly.
with other video recordings of occurrences and rants
happening within "Yes you will be". And you will!

Today I also wrote to that veteran of flame-thrower combat in Italy, truly, the very first Head of S.C.A. and asked if he could help me locate one of those flame-throwers,
which I might offer to those very students.
Which direction it could be pointed, is a point in itself.

This project is supported by funding from Leichhardt Council
Posted by Articulate project space at 23:56