"According to (Tristan) Tzara, the ideal 'dwelling place' is 'the prenatal comfort' of the mother; and so, against the 'aesthetics of castration called modern, he calls, outrageously enough, for an 'architecture of the womb.' ” Hal Foster, Prosthetic Gods 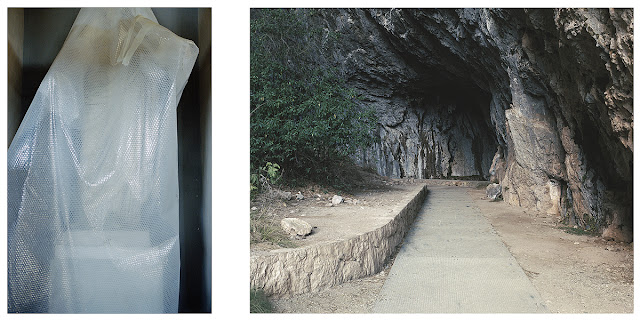 Events, accidents and associated crises are situations that we will always encounter however big or small, public or private, tragic or rewarding they may ultimately be. Life is propelled into being by such moments and the world around us, contained and spinning in an ever-expanding universe, is the result of one such event, a very big bang – the original accident perhaps?

The way we contend with and emotionally process such events has changed dramatically in recent times. Events in one hemisphere travel at the speed of light towards the other via image, text and sound feeds. Moments are captured and disseminated instantaneously and often before the event has finished unfolding, with the resulting ruptures in continuity having a profoundly unsettling influence on our collective and individual psyche. Technology allows for and encourages people to share and connect second by second opening up a space, a void, into which we are encouraged to seek support and feel 'at home', a place where the personal becomes public, and the public, becomes personal. The event and the representation are seemingly interchangeable, and the “world out there” is both as real and as unreal as it’s virtual double.

New Values offers no answers. It simply offers a view into the psyche of two artists embracing the day-to-day realities of life in the event cycle. Traversing the terrain is emotional and rewarding.

Biographies:
Amanda Williams is a photographic artist interested in architectural modernism and the history of photography. Current work engages with the allegory of the cave and the concept of entropy by using materials and processes that evolve and change over time – such as the use of unfixed and solarized gelatin silver prints and bleached C-Type prints. Recent group exhibitions include #memoryarchive Photo Award, Photobook Melbourne 2016, GAFFA Photo Fest Award, 2016, Hazelhurst Art on Paper Award 2015, Bowness Photography Prize at Monash Gallery of Art 2015. Recent solo exhibition: Towards a New Architecture, Firstdraft Sydney 2015.

Uri Auerbach works across photography, sculpture and installation to explore the social creation of meaning. His practice traces the evolution of socially constructed narratives that have become distorted, mutated or corrupted over time. His works typically address concepts that have become hollowed out by use and filled with new, often contrary meanings. Areas of this research have included fame, progress, leisure, and masculinity. Uri Auerbach’s work, A River is currently showing at UNSW Galleries as part of the 2016 John Fries Award.
Uri Auerbach

Posted by Articulate project space at 17:38