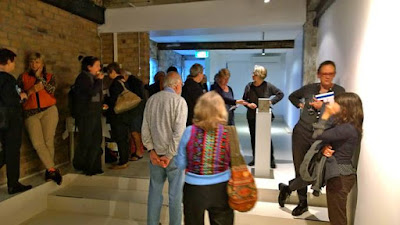 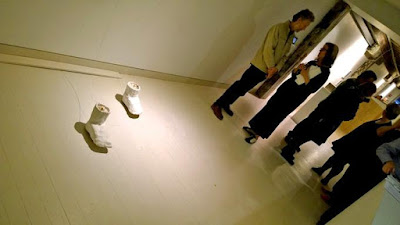 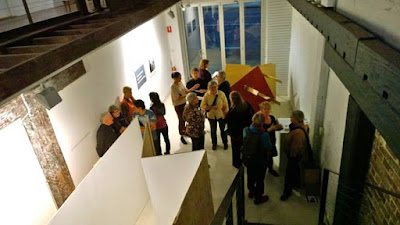 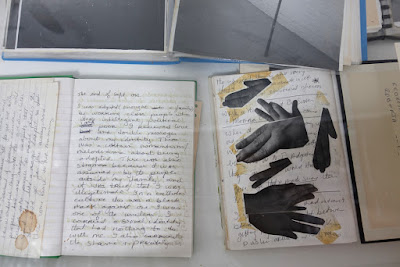 Posted by Articulate project space at 17:43

ROSE ANN McGREEVY 1945-2014, celebrates the life and work of the Irish-Australian experimental artist, Rose Ann McGreevy, and will include works and documentation not seen publicly before.  These include Inside-out Sculpture, planned by Rose in the year prior to her untimely death:


Inspiration taken from Pompidou Centre, Art Gallery in Paris, France whose ‘working’ bits are mostly on the outside - not hidden - a transparent architecture. How something is made is fascinating to me and to have that articulation seen is paramount to this sculpture. Inside will be white, sheer and clean lines and the exterior will have all the marks and mechanisms of its construction. The inside will bring to mind the unmitigated perfect white walls of a gallery. It will be tall enough so that the viewer will have to peek in and therefore be made aware that they are looking into the sculpture as opposed to looking at it - a transparent sculpture which cannot be seen through but looked into as one might a crevice and yet like all sculpture it will envelope, employ, contain and define space. Rose Ann McGreevy 2014

In the last year of Rose's life some friends and colleagues approached her suggesting a  one-person exhibition at Articulate project space. With this in mind Articulate applied to Leichhardt Council for seed funding. Rose made drawings conceptualising new works for this exhibition, which was scheduled for March 2015 in the gallery at Articulate. From mid-2014 her health declined rapidly, and she died in October after a long and difficult battle with cancer.

It was decided to proceed with plans for this exhibition, but to postpone it until October 2015. The major work, Inside-Out Sculpture, will be constructed in the project space by a team of workers reflecting  her concept as closely as possible. As I have worked with Rose over many years making work ranging from installations to sculptural works, it has been my pleasure and responsibility to orchestrate the presentation of this work, with the help and support of others.


Using technology ... the boots travel a prescribed distance from the wall and then contract backwards to their original position - continuous motion, but so slowly that at first one doesn't realise the 'boots' are moving. We seem to want machines to like us - our relation to machines has always been complicated - from the Luddites to the Japanese robot makers who are getting close to making the robot in our image.  This work questions the conundrum of desire, activity and beauty. R.A. McGreevy 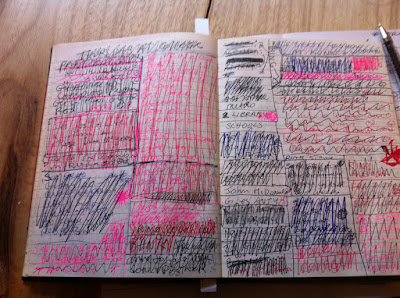 Other parts of the exhibition include some of her notebooks, a slide show of drawings to give an indication of the power and energy of her mark-making, and maquettes and re-creations of earlier work. A catalogue is also being produced to accompany the exhibition.

The exhibition also includes a 2005 interview with Rose from Artist Archive by Anne Kay and Jane Polkinghorne, and unpublished interviews with Rose by Pam Aitken for the Factory 49 archive.

This project is supported by funding from Leichhardt Council
Posted by Articulate project space at 19:19 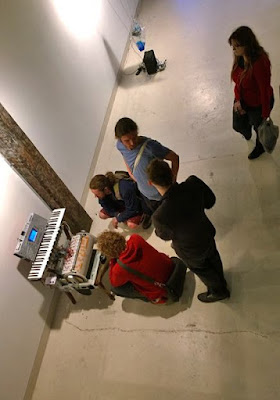 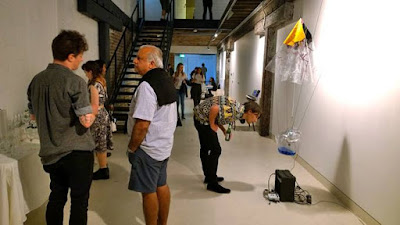 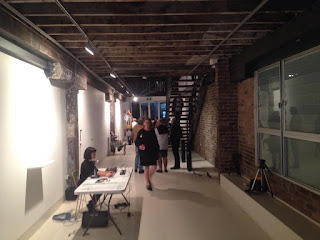 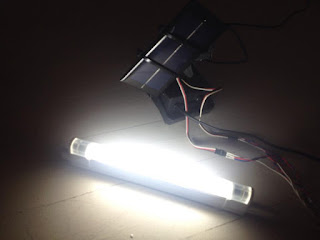 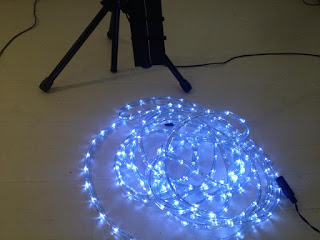 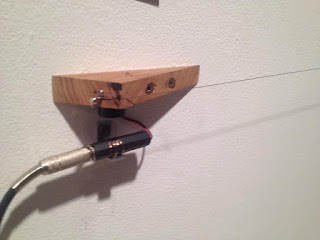 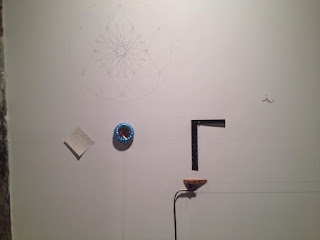 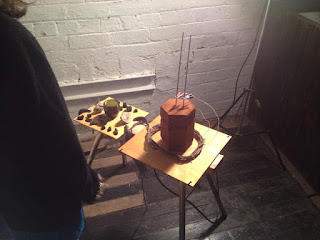 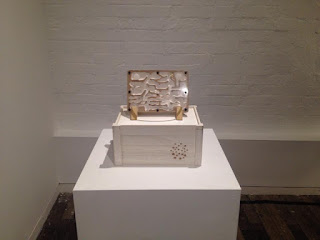 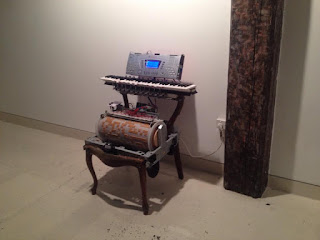 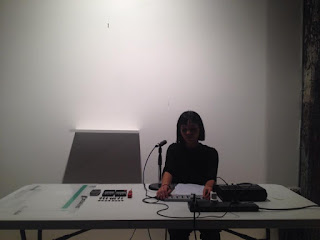 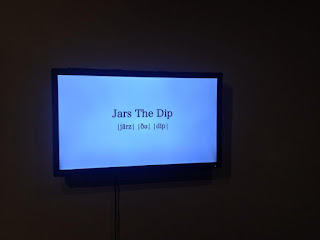 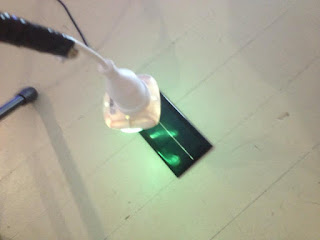 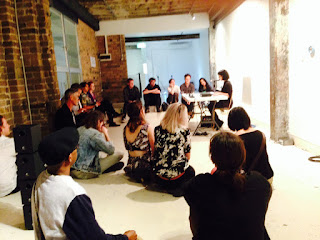 Posted by Articulate project space at 21:47