Chantal Grech: Observations of an itinerant viewer: day 4 and 6 of Sue Healey's interventions

Four white boards, rectangular and upright mark the space along the wall like a metronome marks time. At the end of the narrow vista three more boards hang in front of shallow stairs bouncing the space back onto itself. Now blank, they are the split ground on which grainy ephemeral images of figures have passed, projected. A diaphanous pink sleeve is slipped over one of the boards extending its form to the ceiling. In the darkness below the staircase an   scallop of white threads encloses a triangular space to end in a series of curved gestures against a brown brick wall. Fragile in composition though not in overall size they speak of the hand and of time. A pendulum-like pencil drawing sits on the white wall in the first bay. These are the givens, gestures left as beginnings. The space appears passive.

Day 4
Three large black monitors sit against a white brick wall in the first bay opposite the pendulum like drawing. A woman and two men walk the length of a precipitous wall, the same wall, at different times. They are seen in profile against a clear blue sky, simultaneously on the adjacent monitors. It is an experiment; the conditions are the same for each, the difference lies in their response to the task of walking the wall. The woman strides, almost defiantly as the edge of her skirt kicks up and gives way to the forward movement of her leg. Something external, of which we know nothing, motivates her. One of the men, in contrast, walks more slowly with a steady step, the camera shows us his face and a curious smile. He is bemused. Later we learn that he is afraid of heights. The third man is confident, assured, internally driven. The energy that flows comes from the apparent density of his body, the certainty of his place on the wall.

The time involved: the time between the individual walks, the time from the filming to the watching, the simultaneity of watching three past events, now, not to mention Bergson's dureé - the unmeasureable time of individual experience, and finally, imagined time. Multiple times. To the astronomer space and time are knitted together - one dependant on the other.

In the space under the stairs the two-dimensional plane is challenged when the projection of a man turning and slowly 'spinning', is partially caught by the scalloped threads before being released to the wall behind. The projection is small, the size of a hand. It's scale suggests distance but at the same time, like a miniature, it enters the imagination defying scale. Beneath the stairs the dancer is a microcosm, on the opposite wall he enters the scale of the real but his movements and the whiteness within which he revolves place him within a limitless space where his naked body turns within a gold latticed coat that in turn orbits his body as he revolves across the wall like a passing planet, giving the surrounding whiteness an added depth in which the wall attains another state, another kind of representation where the perceived flips into an imagined limitless space.

Day 6:
In the first bay, between the pendulum and a white board, a dancer turns, projected, caught between acts, between two moments – the remaining gestures of previous artists – in this moment present and past exist together. The same dancer turns the same turn in the second bay and under the stairs like a repeated beat, and each time the movement is the same but the site is different and in that difference lies a constellation of possibilities.

The gold latticed gown within which the dancer dances, itself composed more of empty spaces than of material becomes manifestly present at the end of the space as it hugs the shallow steps, drawing the eye back to solid ground, back to now.

The four small monitors find their place at the front of the gallery, face up in a gentle curve, the suggestion of a path, a continuity that points to the staircase, that begins below the empty pink sleeve hanging above them. The three large monitors now sit at the back of the gallery, behind the hanging panels, waiting.

The works engage the periphery and were it not for the solid substance of the black monitors, the projections and emanations together with the physically light objects might be absorbed by the walls leaving the intervening central space to take on a particular presence, a response of its own.

Perhaps the space awaits the presence of the body, of the dancer. 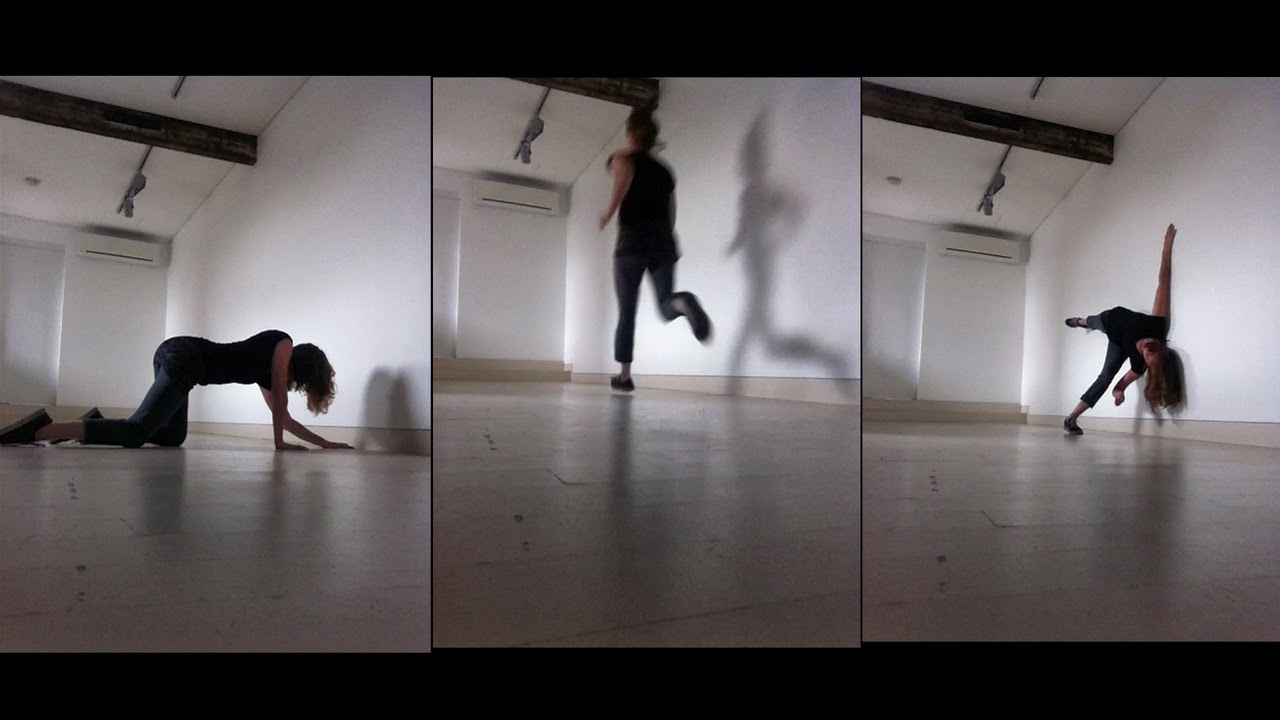 Healey's attention is the body and its presence in the space. As a choreographer and filmmaker she relies on the collaborating energies of performers to engage with her tasks and provocations. In a residency without dancers such as this, she is faced with the disappearance of the body.

Traces of movement find themselves situated amongst the residual Curham + Spence and Eliot materials and memories. In her own words, 'the space accumulates and sparks'. 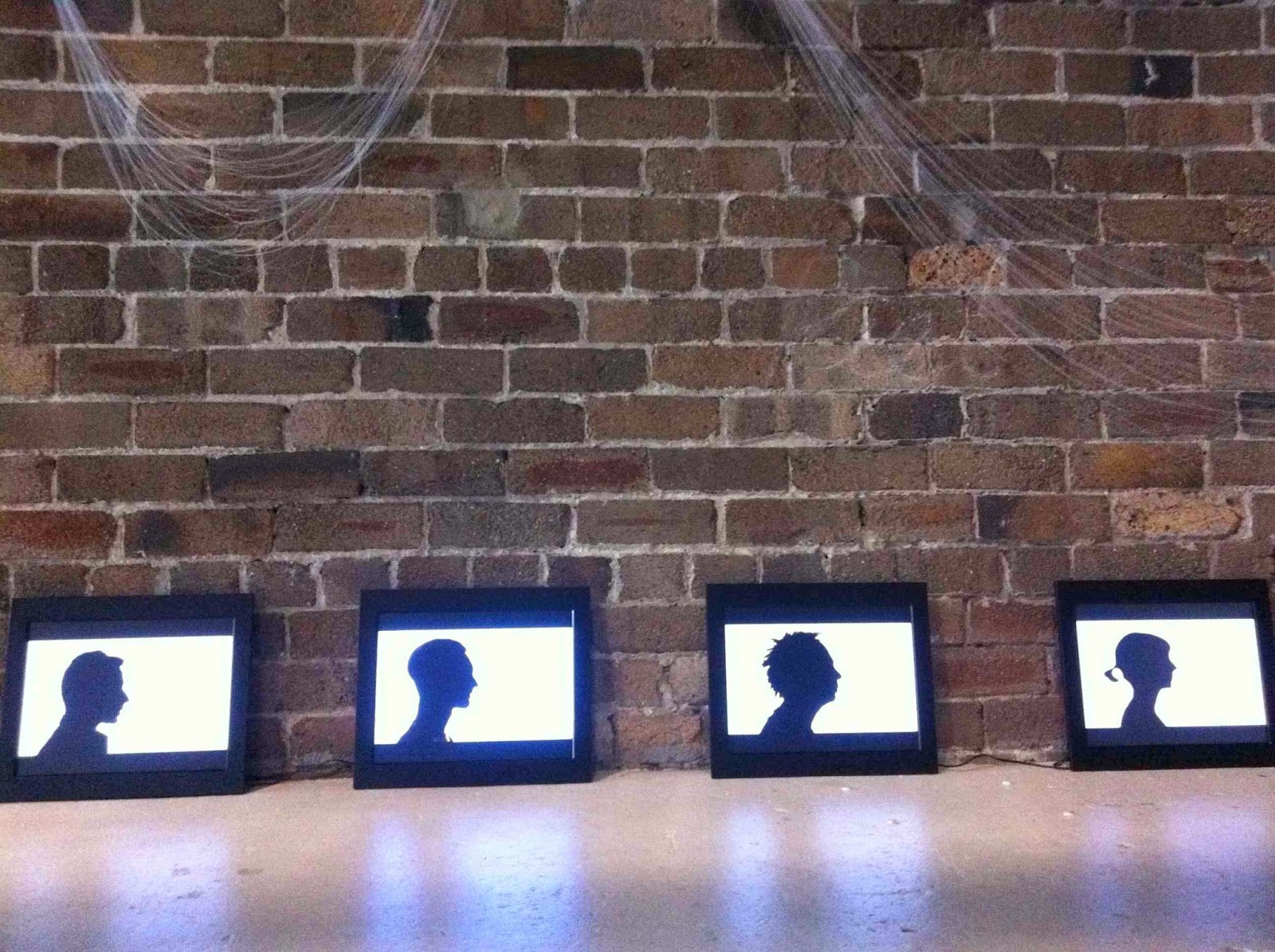 SLOWING DOWN TIME: end of week 2

Michele will be working in the project space on Friday, Saturday and Sunday this week.

Michele writes: 'my response so far to Louise Curham’s film installation and sound performance with Alister Spence and to the space has been through ephemeral drawing. In preparation, I gathered some materials and tools for Monday as a way to begin. There is no plan other than to produce three works, which perhaps in some way speaks to each of my three collaborators. If I were to suggest a framework, it would be around the idea of conjunctions. Or it might also be accumulative practice, to take up a material dialogue with and build upon what I find in the space as well as thinking about Sue and Jo coming in after me. 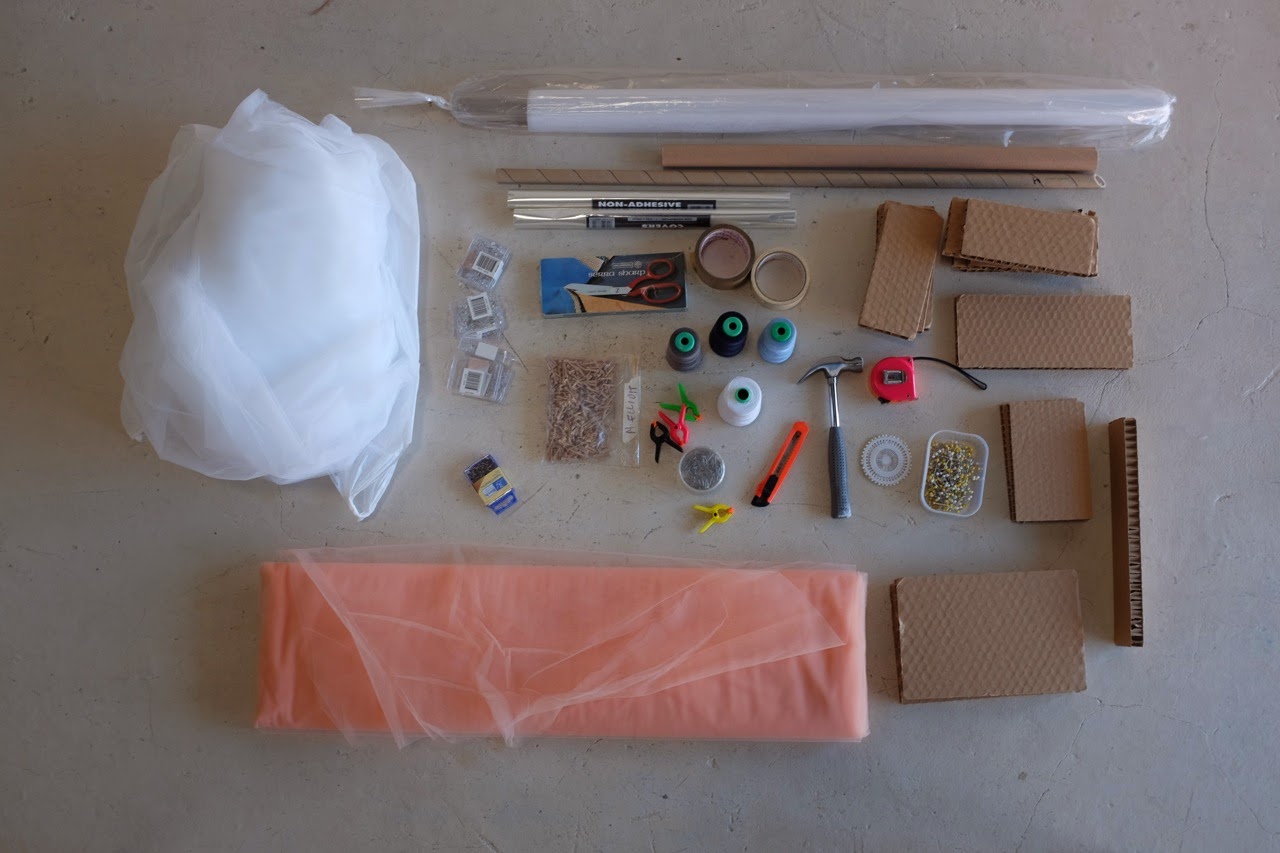 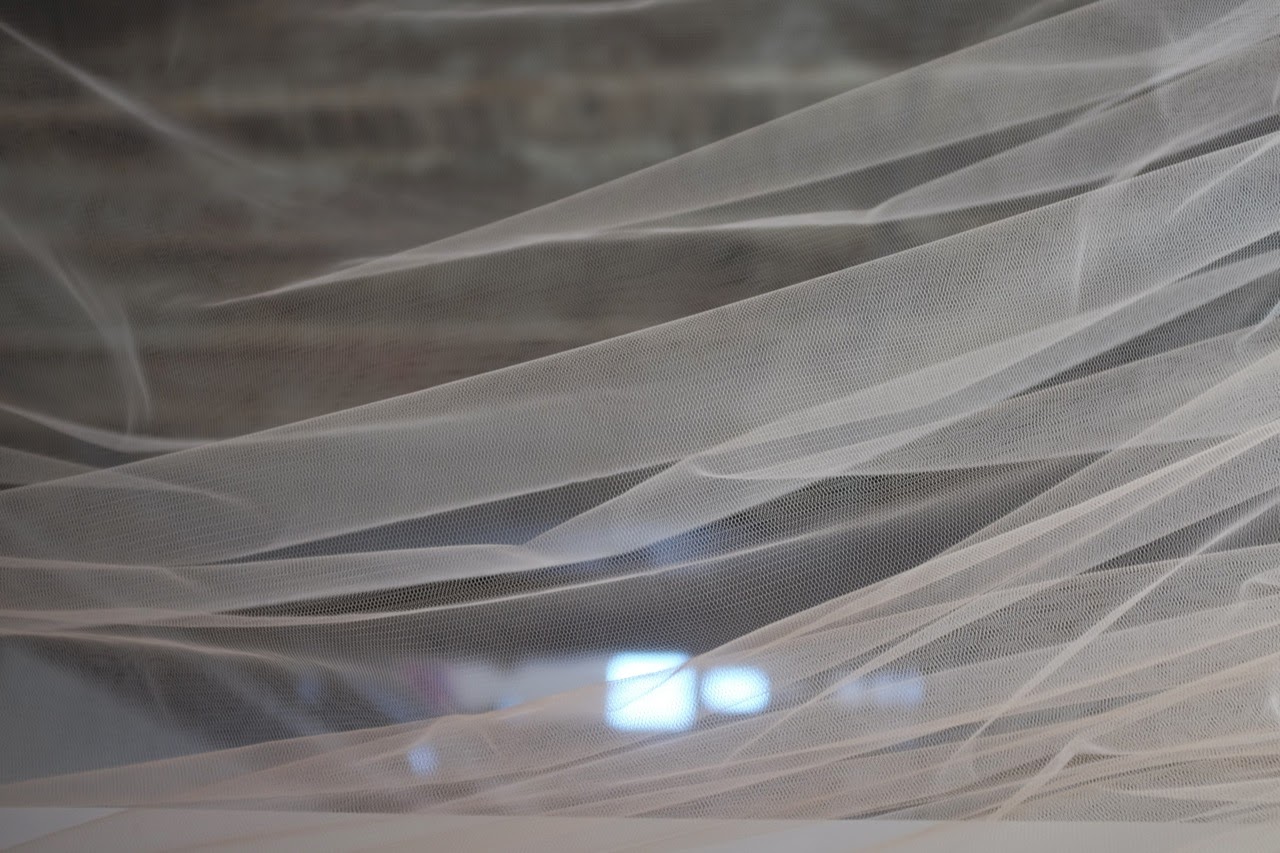 Curham & Spence X 2 uses Super8 films made by Louise Curham that are back-projected onto three hanging white perspex squares, and that work as visual scores for Alister Spence to improvise with a prepared fender rhodes keyboard, mixer, samples and effects pedals. The improvisation is heard against/with/through the 25-minute loop of soundworks by Alexandra Spence that she sent from Toronto, and also the sound of the four super8 projectors on the floor that are programed to periodically start and stop projecting across the floor onto the side wall (as well as the random sounds of cars and planes).

A form of Curham & Spence X 2 will be included in the final event of Slowing Down Time on Sunday 6 April 2-5pm.

Slowing Down Time is a dialogic project evolving over a 4-week period by artists Jo Law, Louise Curham, Michele Elliot and Sue Healey.

Open from March 14 to April 6, Slowing Down Time will be marked by a closing event and artists' talks on  Sunday 6 April, 2-5pm.

A second stage of Slowing Down Time is also planned for October 2014. 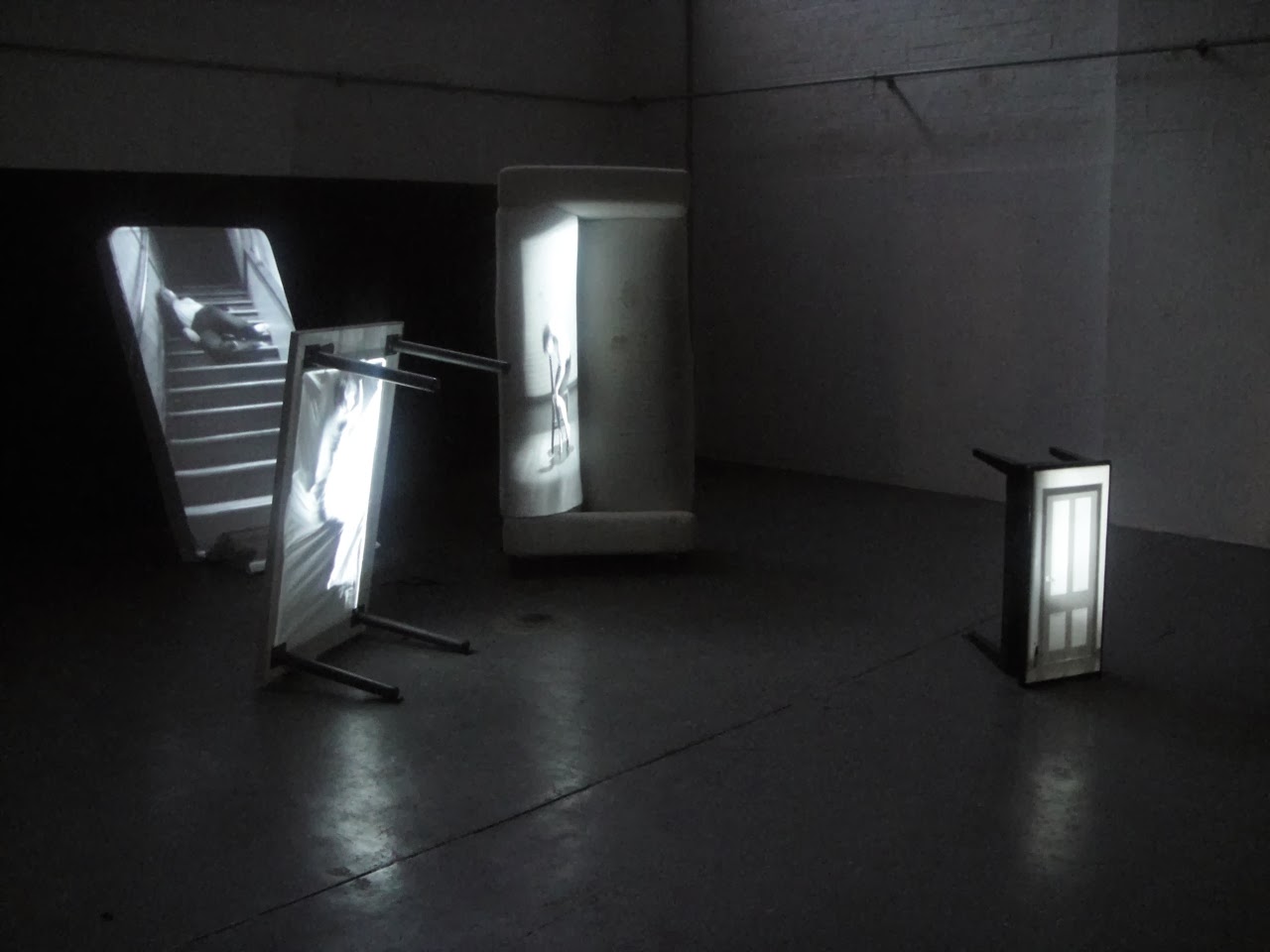 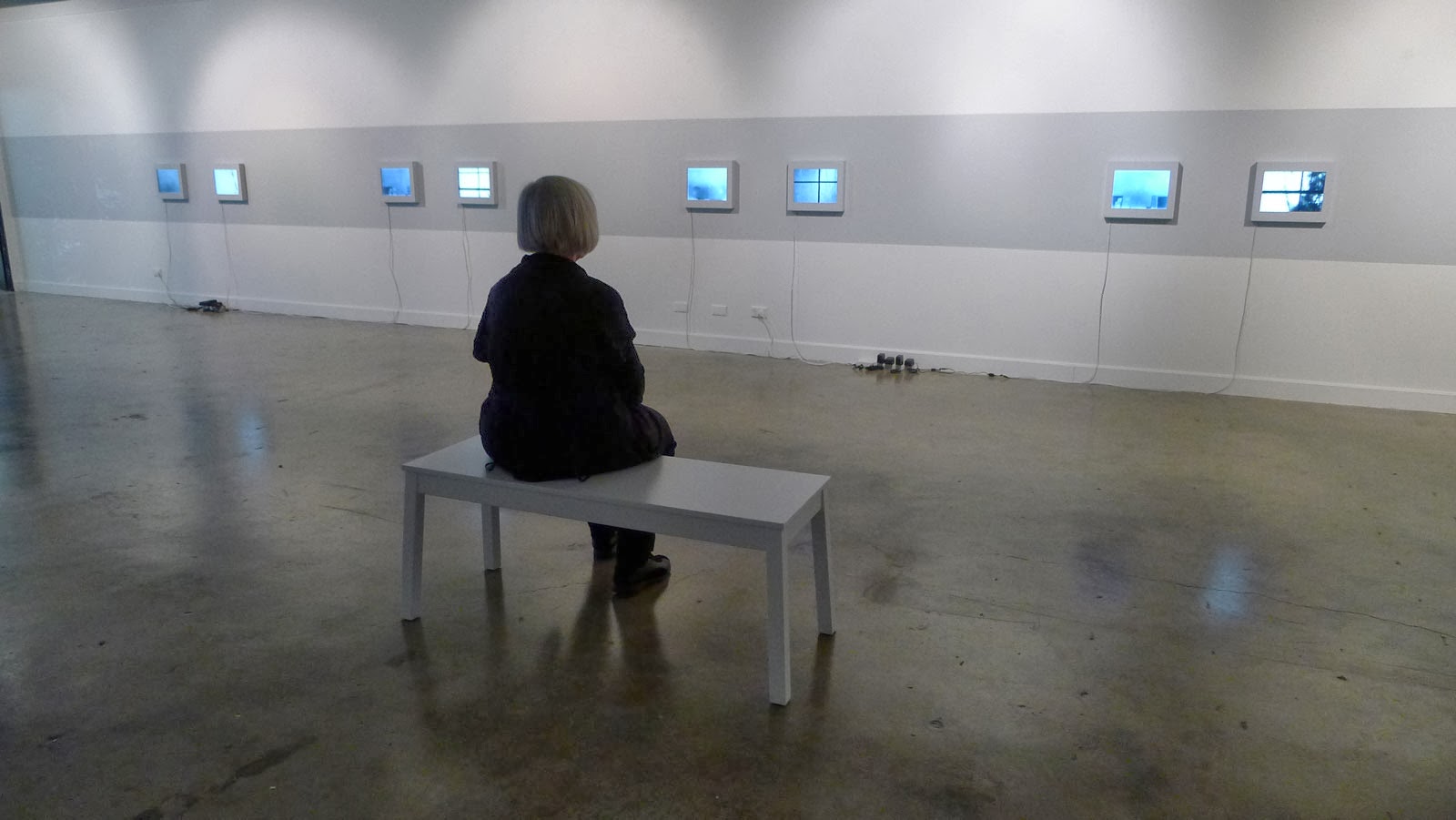 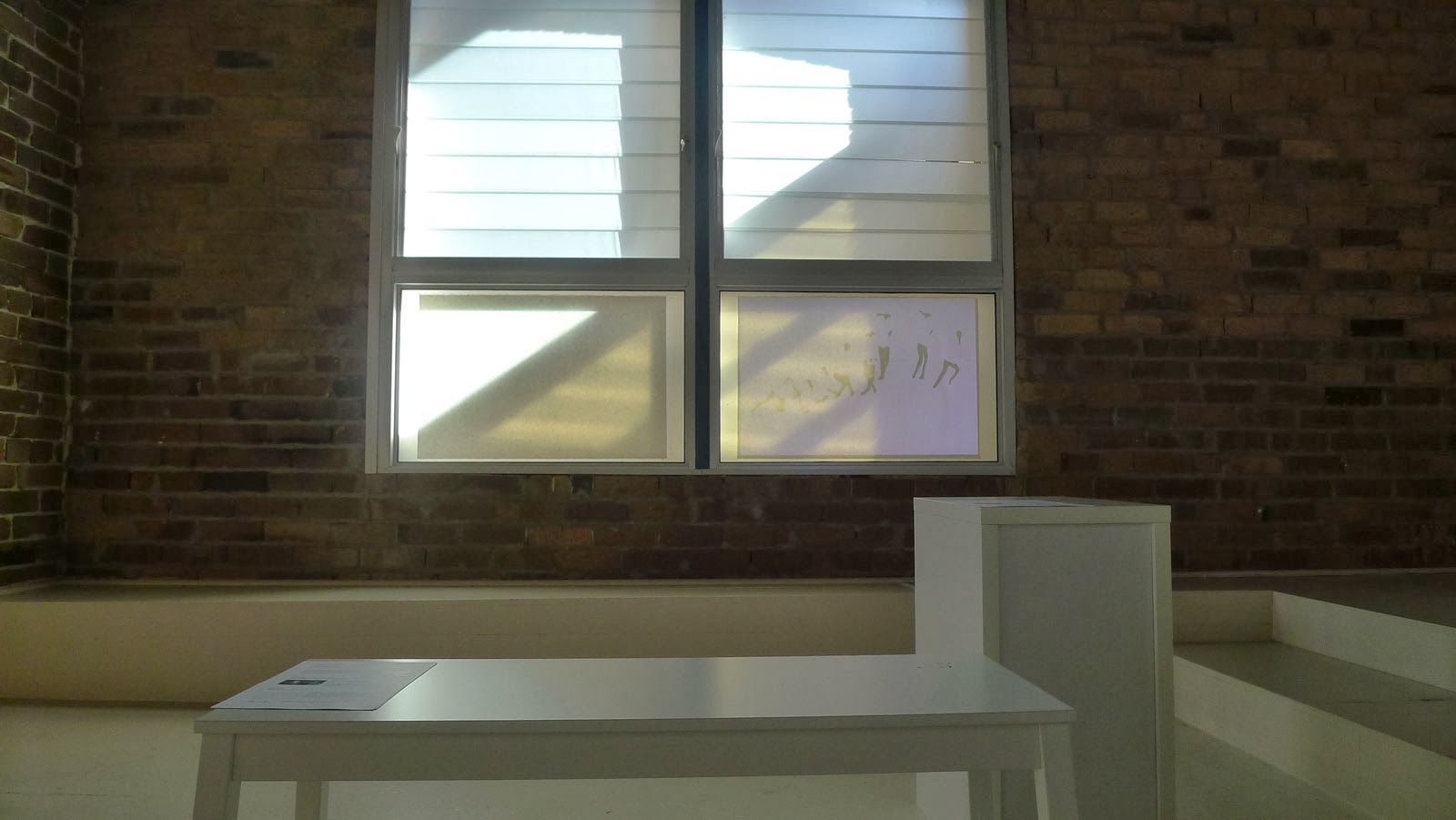 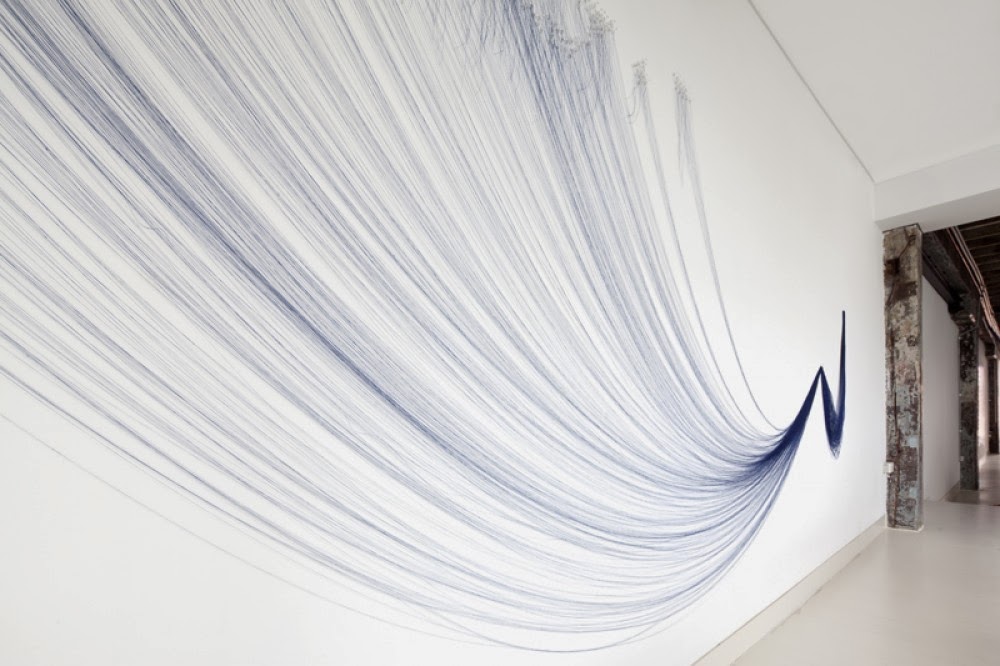 Michele Elliot Some Kind of Longing 2012

Starting with the premise of slowing down time, this project involves the collaboration of four artists working in different media—textile and sculpture, choreography and moving image. The project will start with an installation in the space by one artist. The work will evolve over the four weeks of the exhibition as each week one artist contributes a response to the existing works in the gallery. These iterations will create layers of work that converse. Why this way? The project’s ambition is to open up a dialogic space for artist to create works together that do not form an argument, but rather, an experience. The process demands listening to what others are saying, thinking about the responses, and putting doubt on the table. This dialogic space extends to the audience, where new ideas can emerge through conversations. The Articulate project space is an ideal place for this project because it gives us an opportunity to engage with Articulate’s community in critical dialogue.

Responses by the artists can be viewed weekly, culminating in richly textured and layered works in the fourth and final week of the exhibition. The nature of this project pivots on an open dialogic process where the result is not entirely predictable. The aim is to produce a final piece with diverse parts that are in consonant with each other—a reflective space where time is slowed down. This complex landscape will be on view at the closing event which will host an open discussion with interested public and members of the community. 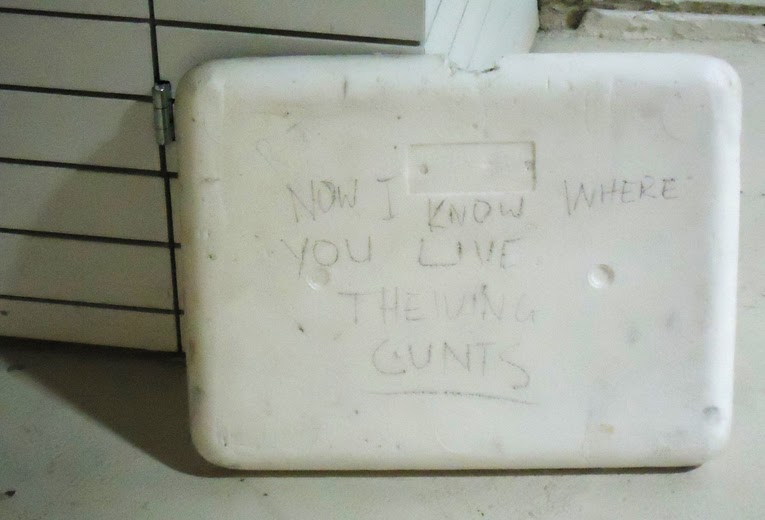 Posted by Articulate project space at 10:07