The Situated Line is an exhibition by Boni Cairncross, Brogan Bunt, Jo Law, Michele Elliot and Ruth Hadlow whose diverse works have in common the expanded use of linearity and drawing.
OPEN: Fri-Sun 11-5pm, 26 April-12 May 2013

Artists' talks: Sunday 12 May at 2-4pm
The Situated Line began as a drift across materiality and drawing. Reflecting on the intersections across our practices alongside the material sensibility, what emerged was the underlying idea of the trace - framed by time and place, proximity and distance. Across the exhibition is a concentration of looping and repetition, a back and forth that locates the work within the conundrum of an elusive present. The line is Brogan Bunt’s walking and blogging, Ruth Hadlow’s woven wall texts, Boni Cairncross’ concentrated performance to record the moment, Jo Law’s spinning skater and the threaded structures above your head. The line becomes a fluid device to express particular relationships to the liminality of time and place.
Michele Elliot April 2013 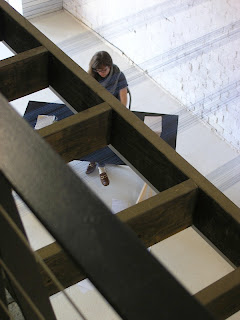 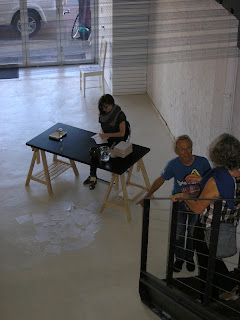 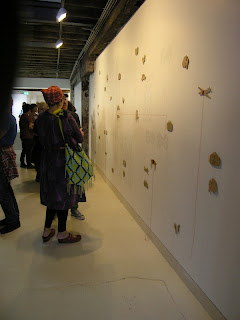 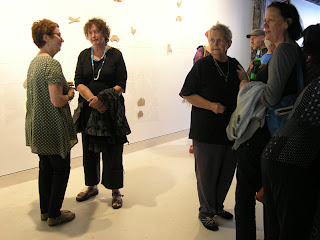 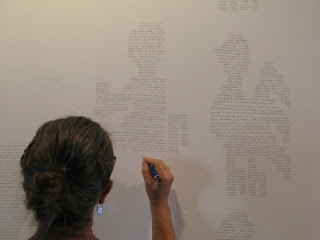 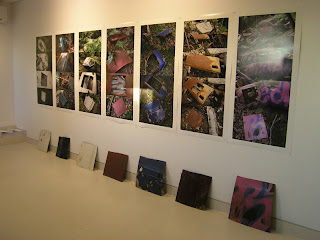 above & below: Brogan Bunt A Line Made By Walking and
Assembling Bits and Pieces of the Bodywork of Illegally Dumped Cars
Found at the Edge of Roads and Tracks in the Illawarra Escarpment 2013 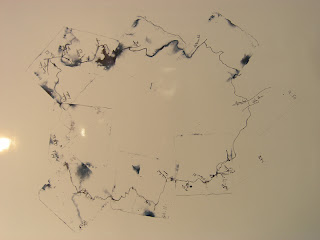 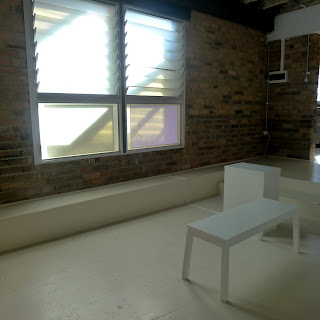 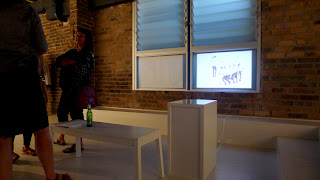 Posted by Articulate project space at 16:37